It's been said I have insatiable curiosity.

It’s probably true and I’m still alive to say it!  It’s taken me into theater, the outdoors, horses, audio and video production...and through it all music has been the foundation.

Music was a big deal in our house - Grandpa Axel was a respected ragtime/jazz pianist, Mom played piano too and got my brother and me singing almost as soon as we could talk.  When I was about 8, Dad, who had a recording studio in Chicago, brought home a tape recorder. Wow!  I had a great new toy!  And I’m still playing.  That and photography lead me to the University of Southern California where I got a BA in Cinema with post graduate work in both Cinema and Business.  I did lots of music there too!

So, in my life (so far) I’ve done theater, film production, pro-skiing, outfitting (as in horses), accounting, teaching, music performance (voice, guitar, ukulele, bass, flute, sax and clarinet) and lots and lots of audio. On the tool bar on top of the screen are paths to recent video and music projects.  Prior to moving to Port Townsend in 2006, I was on the faculty of The Art Institute in Seattle for 14 years teaching in their School of Media. (no surprise.)

I moved to Port Townsend in 2006.  Here in PT,  I learned to say "retire."   Oh, I do continue to work (not very hard) as an independent producer of music and video.  I still play guitar and took up the ukulele a few years ago inspired by Jake Shimabukuro’s film Life on Four Strings.  I'm having a blast with it.  Jake opened up a whole new world of music for me.

From 2014 to 2019 I was the Board President of Camp Beausite which run programs for people with special needs.  It’s located in Chimacum, just down the road from Port Townsend.   I shot a video of our summer programs.  It shows better than words what Beausite is all about. See the video.

Currently I work with the Port Townsend High School and a local group Skillmation with their mentor program.  Mentors work with students to explore post secondary options.  The effect of Covid19 is incredibly hard on all students and our students are no exception.  While the virus has changed almost everything, I wrote a paper on Options beyond College.  It's still relevant.

I love working with Horses.  Dad bought me a horse when I was 12 and I’ve had horses off and on most of my life.  Recently I’ve worked with horses in Greece, South Africa (twice) and New Zealand. In the Fall of  ’10 and again in ’14, I worked for Patricia Barlow-Irick at her ranch in New Mexico where she trains wild mustangs just brought in off the range.  That experience was one of the most significant horse experiences I’ve ever had.  After the ’14 trip, I took an amazing two day ride with Acacia Riding Adventures headed up by Dacodah Herkenhoff.  They were perhaps the most exciting and challenging  rides ever!

I'm nuts about cars (and trucks and motorcycles.)  A friend asked if I had a list of my vehicles - and I took that as a challenge and created a My cars.  Grandpa Axel wrote me a letter when I was 10 about his cars, which totaled 35 then.  Grandpa's letter 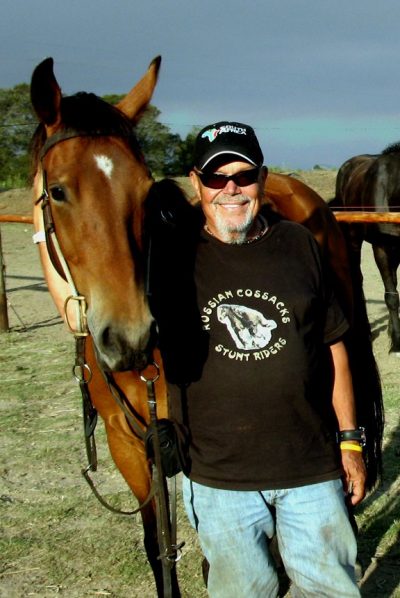 Me with Denkin in South Africa