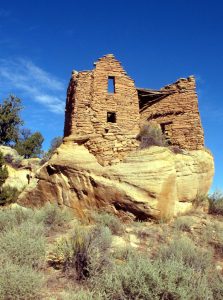 Pat took me out to see some of the Indian ruins which were all quite near to the ranch.  Facinating! 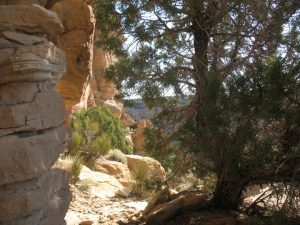 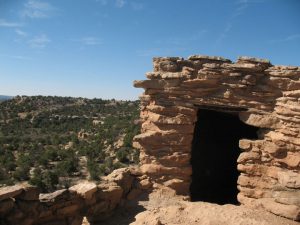 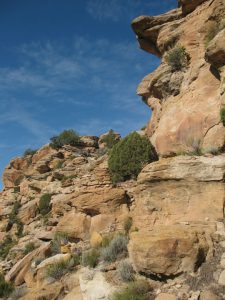 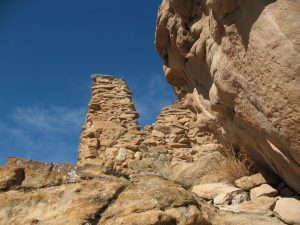 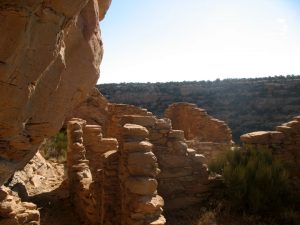 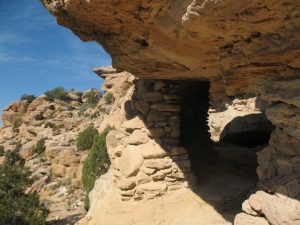 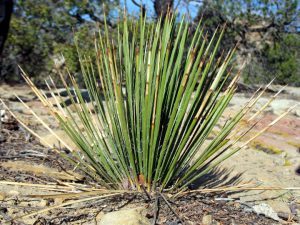 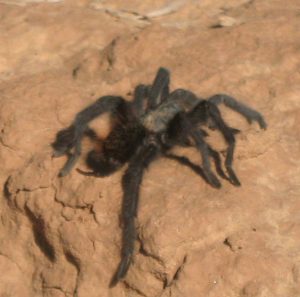 Found this guy on the road! 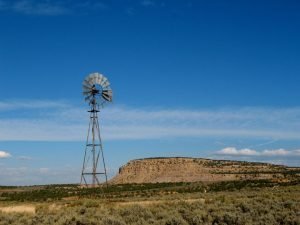 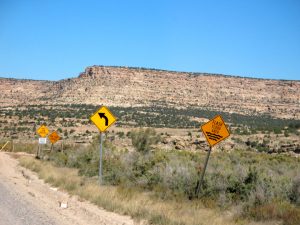 Saturday (October 9th) was head to town day…Pat and John were taking three horses to the adoption fair, including Albert and Phillip.  I followed them into Farmington and the Forest Service Mustang Adoption Center.  We had a big rain storm Thursday night and we were worried about the road…20 miles of dirt. 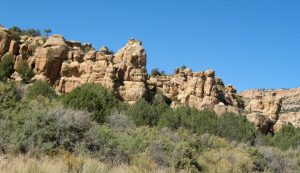 Beautiful rock formations along the way.

John headed out earlier and phoned back that it was OK except for a ford about 2 miles from the ranch.  So Pat with the horses and me with the Miata headed out.  There was water and lots of mud at the ford.  Pat went out and measured how deep it was…about eight inches.


So I gunned the Miata and splashed through just fine…covering the car with mud in the process.  Pat made it through with the truck and trailer just fine too.  Then she said “Oh, we didn’t get a picture…go back and do it again.”  Not likely! 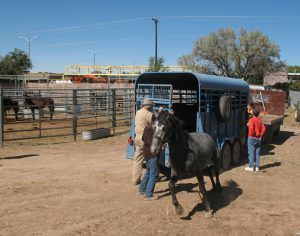 Albert gets pretty excited when he’s unloaded…trying to figure out where he is. 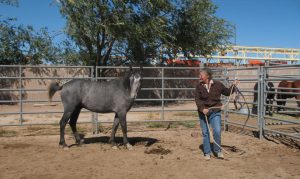 Pat quiets him in his new corral.  Later Phillip joined him here.
Albert was already adopted and was picked up Sunday.
I don’t know where my favorite Phillip ended up. 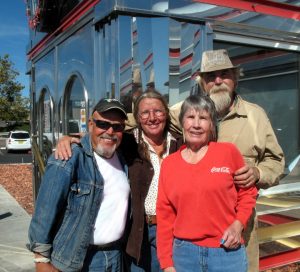 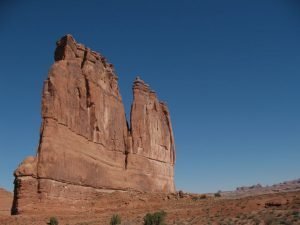 I got to Moab, UT on Monday and stayed with a friend of friends.   Siana showed me around this beautiful area which was new to me. 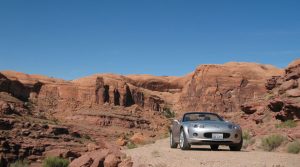 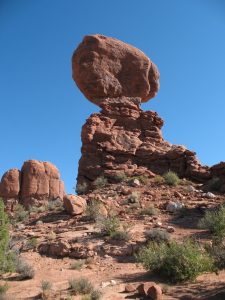 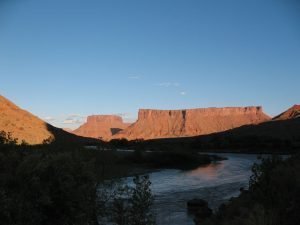 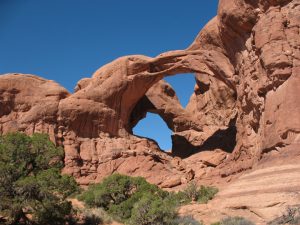 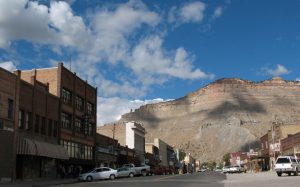 Then I headed north.  I stopped for lunch in Helper Utah. (That’s really the name!)  It’s like a town frozen in time.  The cafe was so cool…totally ’20s. 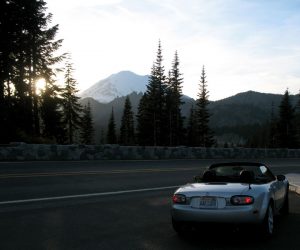 Continued my great drive from there…what a trip…9 states, 3500 miles and an incredible learning experience.  I shot video of Pat’s gentling technique and will be editing the six chapters in the next few days.  Pat will put them up on YouTube..
.

Mt. Rainier welcomed me back to The land of the pointy trees.
Posted in Uncategorized
Week 2 →